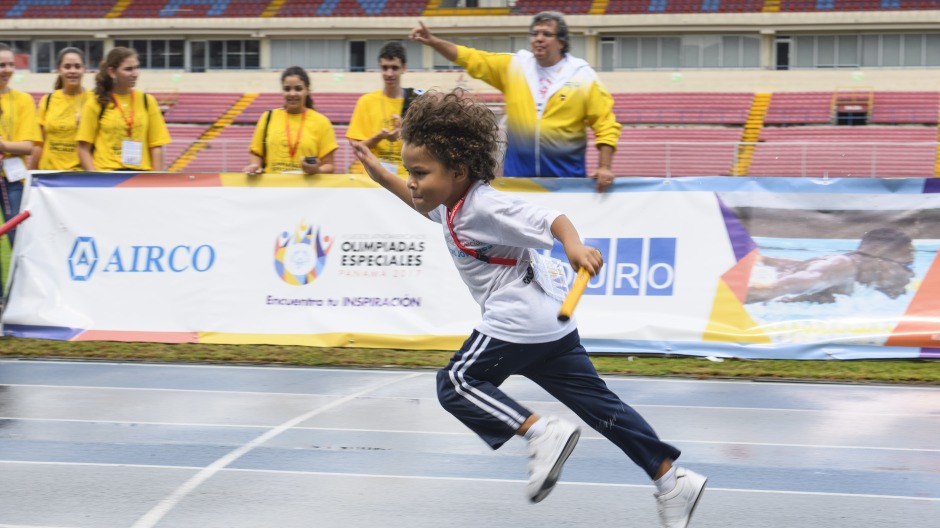 In 2017, Special Olympics’ global push for unity, health and fitness had impact far beyond this year’s World Winter Games. In fact, the talents and skills of people with intellectual disabilities (ID) were opening hearts and minds all year long, thanks to more than 103,000 events and competitions held worldwide during this record-breaking year.

As the global leader in inclusive sports, Special Olympics also marked a significant Unified Sports milestone: as of 2017, we have brought together more than 1.6 million Unified Sports teammates in 214 Programs around the world!

Every day, Special Olympics is creating new and exciting ways to unite the world through sports. Our vision of an inclusive world starts early – with the exciting Young Athletes program, which brings together children with and without intellectual disabilities (ID) for fun and play. In 2017, Young Athletes – for ages 2 to 7 -- expanded to 308,000 children in 178 Programs, now changing lives in every single global region.

The big story is in Asia-Pacific, where Young Athletes has grown exponentially in the last year – about 400%! In 2016, less than 30,000 children were benefitting from this life-changing program. Twelve months later, nearly 150,000 children in the Region are taking part.

Nearly 30 years old, Special Olympics Unified Sports® is also marking an impressive new milestone: more than 1.6 million people – with and without ID – are competing together in every region of the world. And more young people are Playing Unified than ever: there are now more than a half-million Unified teammates ages 12-25 worldwide – nearly double last year’s total!

Play Unified to Live Unified
More than 1.6 million Unified Sports athletes and teammates competed together this year – making 2017 another record-breaking year for inclusive sports. A quick look at the unifying power of sport, all around the world:
Learn More 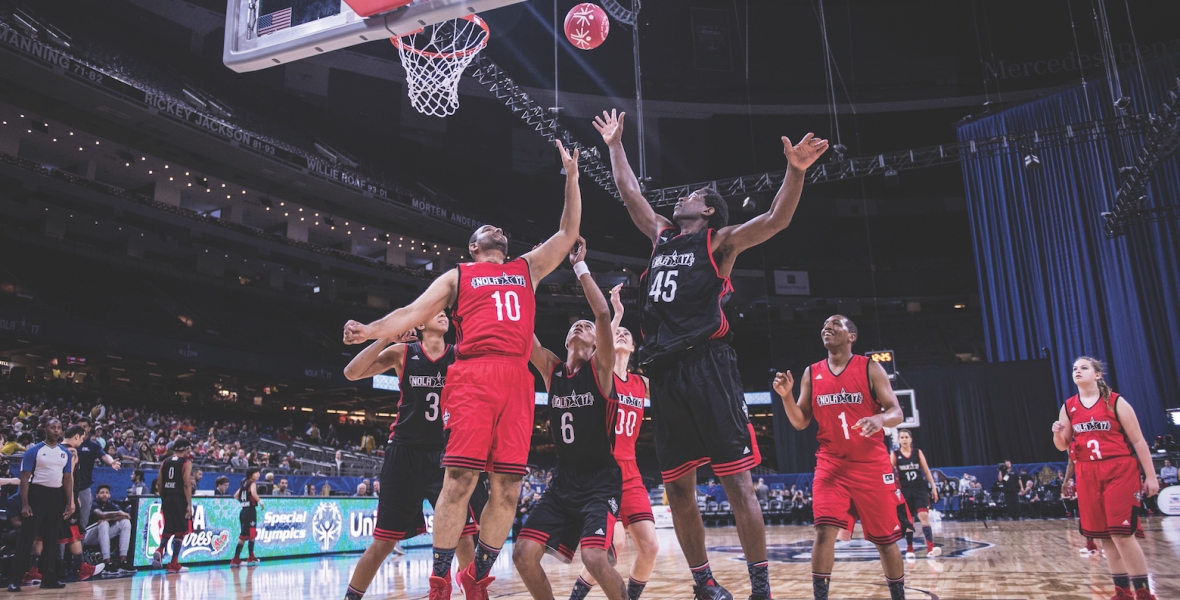 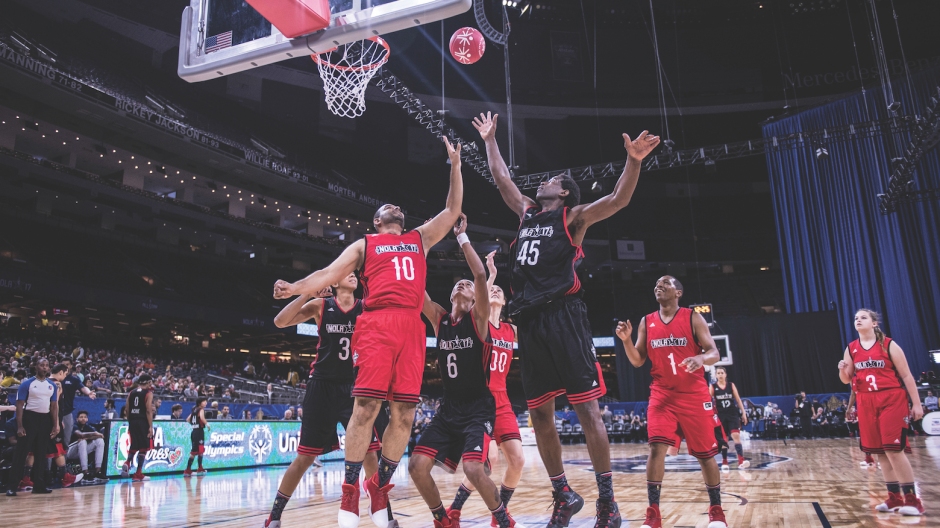 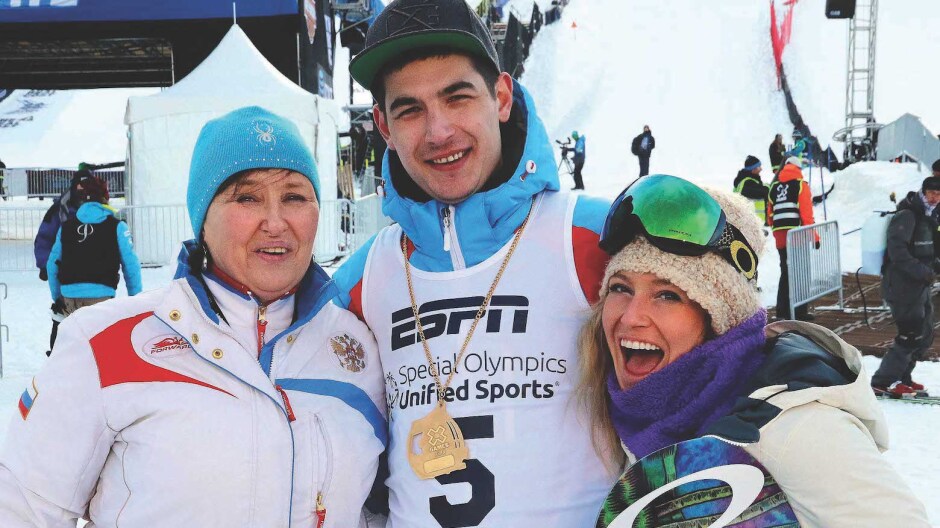 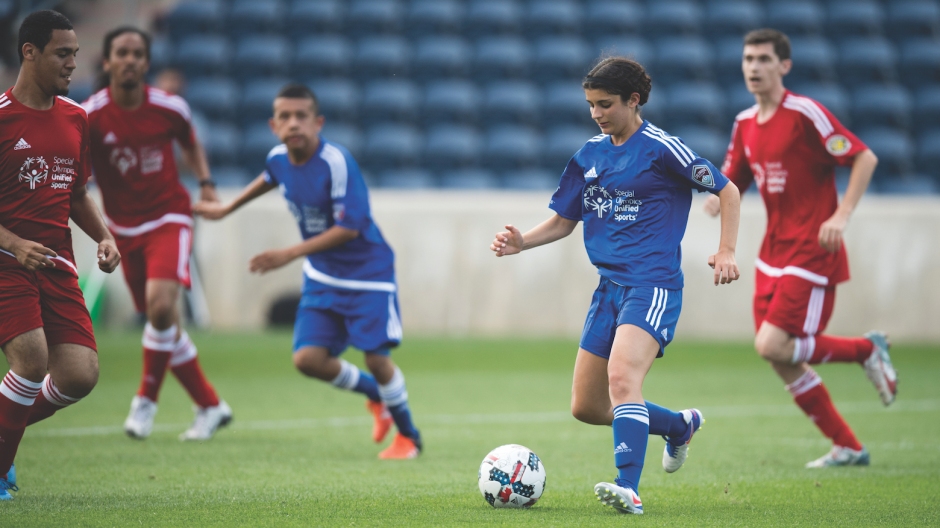 The 2017 MLS All-Star Unified Experience showcased Unified Sports athlete-and-partner duos representing all of the 22 MLS Clubs – for the first time! The match was streamed live on MLSSoccer. com as well as SpecialOlympics.org. Our #PlayUnifiedMLS hashtag saw over 9 million unique impressions off of 1,001 posts from 457 users on Twitter and Instagram. 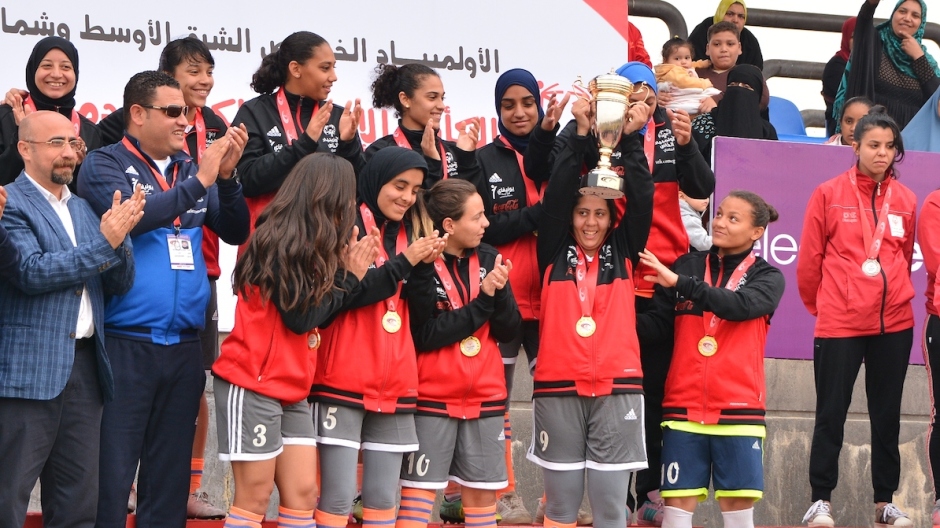 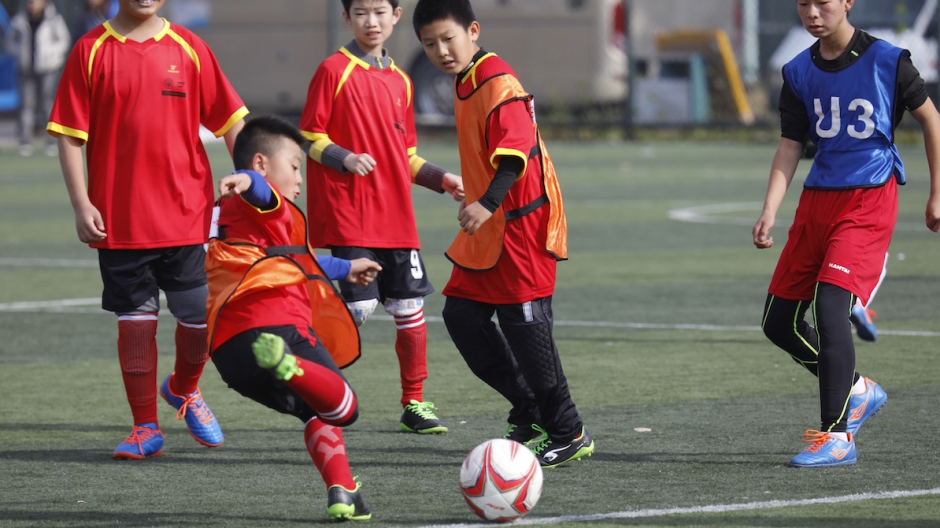 China continues to embrace Unified Sports in innovative ways. Above, a Unified Schools Football Competition in Beijing, co-hosted by China’s Administration of Sport for People with Disabilities.

Unified competitions are also growing in innovation and reach. In 2017, the Middle East/North Africa region held the first-ever Unified Female Football Cup, teaming athletes with and without ID from Egypt, Tunisia and the United Arab Emirates. Leading the way, our female athletes are both shattering stereotypes about the skills of people with ID and opening doors to inclusion and female empowerment all around the region.

At Special Olympics, we know that sports training and competition do more than empower children and adults with ID; sports also drive awareness of the talents and skills of people with ID. That’s why we continue to expand competition opportunities – with 103,000 competitions held around the world this year. In North America alone, there were more than 60 large-scale Summer Games competitions in 2017, with more than 175,000 athletes taking part. In Latin America, the 2017 Regional Games also brought together athletes from 21 countries, each striving to do their very best!

Our Sports Partnerships: Changing the Game!
Around the world, Special Olympics has been expanding opportunities for Unified Sports – and traditional sports -- with the help of powerful sports partners. These international sport organizations bring exciting new avenues for our athletes to receive top level sports training from certified coaches, new competition opportunities, and also promote Special Olympics and help drive inclusion for children and adults with intellectual disabilities (ID).

During this busy year, Special Olympics signed an important collaboration agreement with the South American Football Confederation (CONMEBOL) and initiated discussions with the Confederation of North, Central American and Caribbean Association Football (CONCACAF) and the Women’s Tennis Association (WTA). The goals are to expand and improve
development of Special Olympics football (soccer) in Latin America and tennis globally for athletes with and without ID.

A continuing success story is our partnership with the National Federation of State High School Associations (NFHS). Thanks to their inclusive school programs, more than 200,000 students experienced Unified Sports during the 2016-17 school year. For all students, Unified Sports is a win-win proposition. In a recent evaluation report, 97 percent of high school seniors said the Unified Schools program is changing their school for the better.