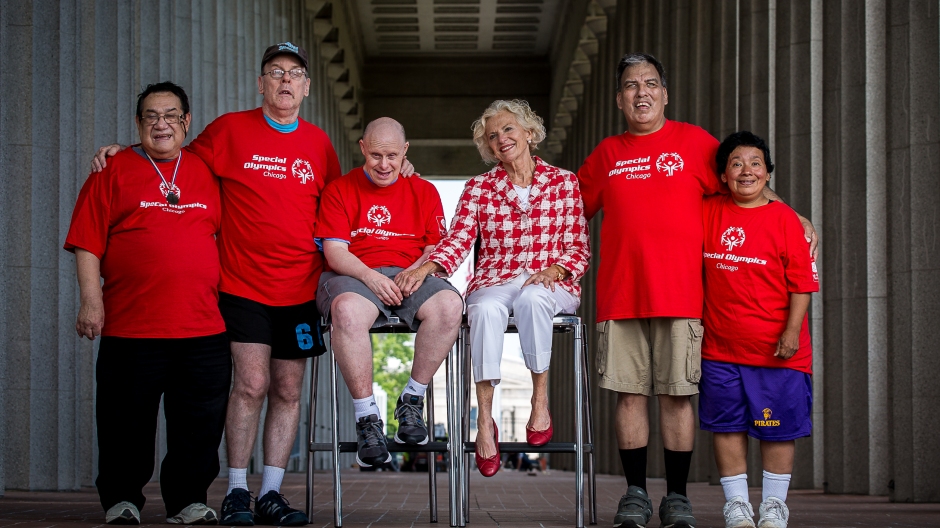 This year, Special Olympics ramped up planning for the year-long 50th anniversary celebrations set to kick-off in mid-2018. With the help of Special Children’s Charities and Special Olympics Illinois, a grand vision for nearly a week of events began taking shape in Chicago, site of the 1968 Games. The celebrations would include the first-ever Unified Cup, bringing together teammates with and without intellectual disabilities for a global football (soccer) competition; creation and dedication of an Eternal Flame of Hope Monument; and a star-studded music concert.

“The 50th Anniversary will be a pivotal moment for Special Olympics, as we aim to end discrimination against people with intellectual disabilities,” said Special Olympics CEO Mary Davis. "The goal of the 50th anniversary is to invite the world to join us as we create a more accepting and inclusive future."

At the one-year countdown in July 2017, Illinois Supreme Court Justice Anne Burke added, "The torch that was lit here at Soldier Field 49 years ago today ignited a fire that will never die as long as we continue to celebrate the bravery of inspirational individuals -- like Kevin O'Brien, Michael Cusack and others -- who competed in 1968 and became examples, inspiring future Special Olympics athletes, here and around the world, to find the courage to enter the competition."