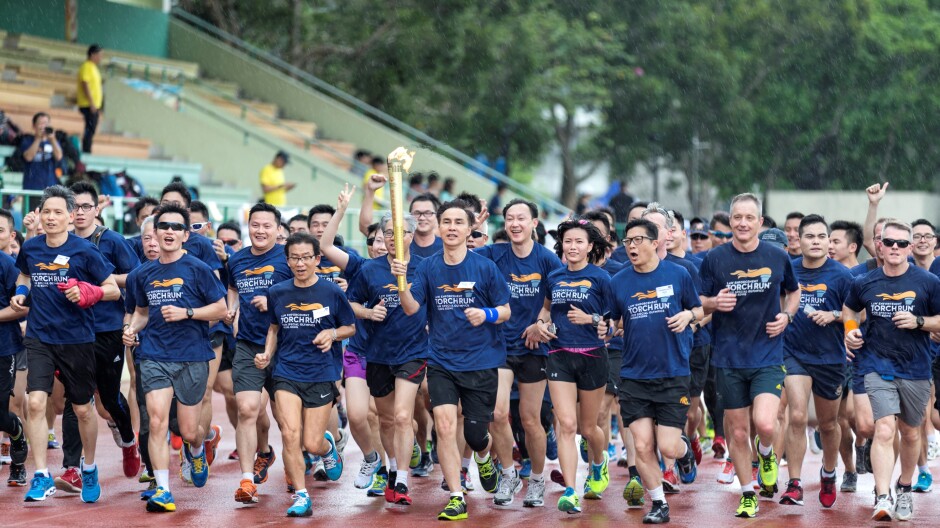 The vision of Special Olympics is to open hearts and minds toward people with intellectual disabilities (ID) and create inclusive communities all over the world.

In 2017, the World Winter Games brought unprecedented global media awareness, changing attitudes toward the accomplishments of people with ID all around the world.

This success continued and expanded during the year through powerful new partnerships and dedicated support from government, community and civic leaders worldwide.

Lions Club International Support
Since 2000, Lions Clubs International (LCI) have been a loyal global partner of the Special Olympics movement. At the 2017 World Winter Games in Austria, the Lions played a key role in multiple areas, including the Special Olympics-Lions Clubs International Opening Eyes program. LCI also supported Healthy Hearing, Unified Sports, the Global Youth Summit, Athlete Leadership and the Host Town program. Far in advance of the Games, Lions Clubs of Austria was one of the first partners to offer financial funding; its leadership also made a significant volunteer commitment. This collaboration has since developed into a formal partnership between Special Olympics Austria and Lions Clubs of Austria, one of the many legacy benefits of the 2017 Games.

From the halls of the United Nations to huts in a Tanzania refugee camp, Special Olympics worked in 2017 to bring greater unity and understanding among people of all abilities. This is how we are building an inclusive world, now and for our future.

2017 marked the 30th anniversary of the “A Very Special Christmas” album series. Since 1987, the biggest and brightest voices in the recording industry have generously lent their time and talents to Special Olympics to create these albums. The grants generated by these albums have had huge impact around the world, bringing sports to neglected people and places where they could do the most good. Meet a few of the athletes touched by the A Very Special Christmas series.

By 2050, the number of people living in urban environments will nearly double. In response, in 2017 Special Olympics ramped up its efforts to increase awareness and programming for people with intellectual disabilities in urban settings. Host cities for Special Olympics World Games will now commit to lasting change by adopting inclusive policies, programs and services. Special Olympics Programs in the Dominican Republic (Santo Domingo), Panama (Panama City), the United Arab Emirates (Abu Dhabi) and the U.S.A. (Chicago, Seattle and several locations in Pennsylvania) are engaging city governments and other key actors in the private sector to partner to support inclusive programming -- sports, health services, schools –- in urban and semi-urban environments.

A €6.5 million European Union grant helped support both the 2017 Special Olympics World Winter Games in Austria and secure a strong legacy for the Games throughout the region.

The U.S. government approved US$19.3 million for fiscal year 2017 in support of the Special Olympics Unified Champion Schools program and inclusive health work in the USA.

A new partnership with the Inter-American Development Bank resulted in $600K for a 3-year project to support Unified Schools and Young Athletes. This enormous support will bring these important programs to 60 mainstream schools and communi- ties -- positively impacting 18,000 youth with and without intellectual disabilities in Latin America.

For the first time, the South African government agreed to support South Africa’s National Games with a sizeable grant, and expand Young Athletes and Unified Sports.

Four countries in Africa and Europe are receiving support from UNICEF. This includes grants to expand Young Athletes in Macedonia, Kosovo, Montenegro and Moldova.

Throughout the year, Special Olympics worked in Africa and across Europe on behalf of refugees with intellectual disabilities. Our advocacy work also included bringing together global thought leaders to discuss this most vulnerable and least- served population within the global displacement crisis. Special Olympics Cyprus athlete and refugee Abdullah Najim was among the speakers at a European Commission panel held in Brussels, co-hosted by Burson-Marsteller.

New commitment from the First Lady of the Dominican Republic for $2 million to host the 2018 Global Athlete Congress and the Special Olympics World Tennis Invitational as part of the 50th anniversary celebration in Latin America.

In April, the Special Olympics-Y&R multimedia collaboration released the most popular video Special Olympics has ever posted. The video – titled “Born Apart” -- was created to promote the Special Olympics Latin American Regional Games and released as part of National Siblings Day. Within the first 72 hours the video was viewed more than 6.1 million times and reached over 17.6 million people. It was shared on Facebook over 72,000 times.

In July, Eunice Kennedy Shriver was posthumously honored with the Arthur Ashe Courage Award at the 25th ESPY Awards Ceremony. Chairman Tim Shriver accepted the award, which was presented by former U.S. First Lady Michelle Obama during a live broadcast on ABC. In addition, as part of building awareness, 27 honorary ESPYs were awarded to Special Olympics athletes across the USA. From broadcast, re-airings, social media and international news coverage, Special Olympics reached over 1 billion impressions.

LEADING WITH OUR HEARTS
To build an inclusive world, Special Olympics is developing strong, inspiring leaders to light the way. Since 2014, the Special Olympics Leadership Academy has pioneered innovative training and support for leaders around the world. The academy works to provide useful, practical techniques and tools that can help leaders be more strategic and effective in driving the development and growth of Special Olympics in their nation, state or region.

A recent evaluation has shown the academy's impact on Programs: participating leaders report bringing close to $3.5 million in new revenue and fostering over 255 new partnerships, dramatically increasing awareness in their communities. In 2017, the Leadership Academy also received an Excellence in Practice award from the Association for Talent Development.