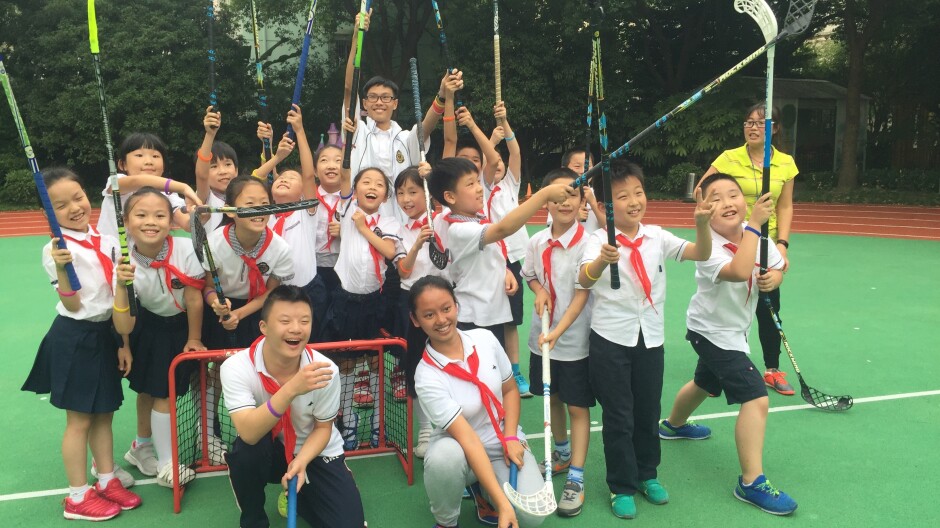 1-shanghai 1.jpg
Special Olympics Unified students in Shanghai
Our Future Is in Their Hands

All over the world, Special Olympics Unified Schools programming is creatively and energetically changing attitudes toward people with intellectual disabilities -- and also preparing today’s youth for a diverse and dynamic global landscape.

There are now over 100,000 Unified Schools and Unified Champion Schools around the world! This year, we saw even more exciting growth in the number of participating schools:

Special Olympics created Unified Schools and Unified Champion Schools to bring students -- with and without intellectual disabilities -- together to have fun and learn from each other, appreciating everyone's differences along the way.

Special Olympics Young Athletes is an inclusive program grounded in motor development and family education as a first step towards lifelong health and community inclusion for children, ages 2 to 7 years old, and their families. In 2019, Special Olympics expanded Young Athletes activities to reach more communities around the world and create positive change in the lives of children and their families.

This year also saw great advances in the programmatic work, with new resources launched to support learn-to-train sports activities, creative opportunities to engage and educate families on the health and wellbeing of their children, and emphasis on high-quality training of Young Athletes coaches.

In 2019, "Spread the Word to End the Word" became "Spread the Word: Inclusion," expanding beyond the elimination of a word and into the creation of a new reality: inclusion for all people with intellectual disabilities through grassroots action.