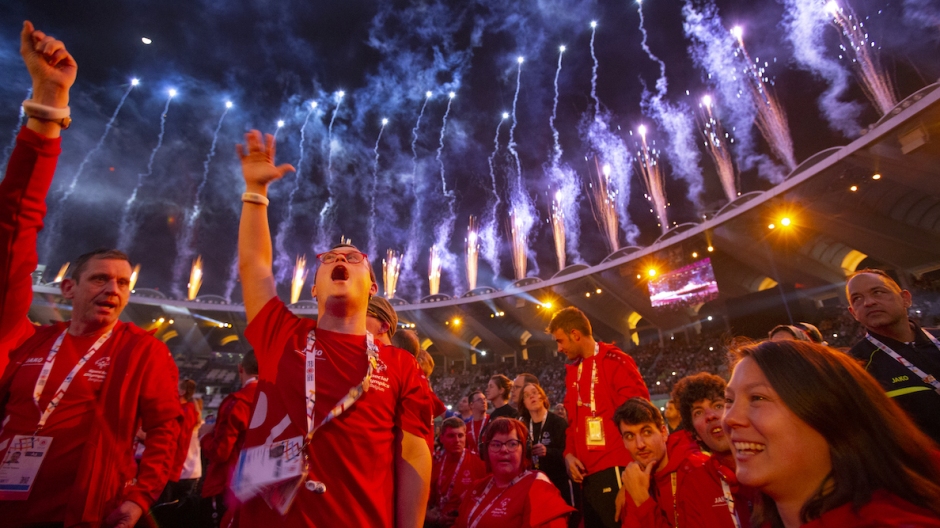 WWW.OLIVERCLARKEPHOTOGRAPHY.COM
The Most Unified Games, Ever!

The Special Olympics World Games in Abu Dhabi 2019 marked the first time our movement’s flagship event was held in the Middle East/North Africa region--bringing inclusion and sports excellence to yet another part of the world. These were the first Olympic Games of any kind to be held in the region. They were the largest and most inclusive Games in Special Olympics history.

The weeklong competition also boasted the highest number of female participants of any Special Olympics World Games. Another major milestone happened when – for the first time -- female athletes competed as part of Team Saudi Arabia.

The numbers tell the story: from 14-21 March, more than 7,000 athletes from 200 countries competed in 24 sports. They took part in 248 events and 2,125 awards ceremonies – all held in world-class venues across Abu Dhabi and Dubai, United Arab Emirates.

Participants included 1,052 Unified Sports partners, with the support of 1,429 coaches and more than 500,000 cheering spectators. These Games also saw the largest mobilization of volunteers ever recorded at a UAE event, with numbers topping 20,000.

By hosting these Games, the United Arab Emirates inspired their region—and the world!

SENEGAL ATHLETE HEARS FOR THE FIRST TIME
At the sidelines of the 2019 World Games, thousands of Healthy Athletes screenings were offered, free of charge. This is often the first time our athletes are seen by health-care professionals trained in working with people with intellectual disabilities.

For Mame Ndiagne Ndiaye of Senegal, his screening was a day to remember. Doctors took some extra time with Mame, who has been considered deaf all his life. After conducting tests, doctors discovered that Mame could actually hear sounds with the help of hearing aids. It was an unexpected and life-changing breakthrough. Overwhelmed, Mame broke down in tears.

Mame had never attended school due to his hearing loss and, therefore, he was never formally taught to speak. Mame and his longtime friend and Unified Sports partner, Aboubakrine Sadikh Diaw, don't have trouble communicating, though. They've formed a strong bond. They’ve known each other since Mame was 4 years old and they have a language of their own.

So Aboubakrine also felt the power of this moment. "It was very emotional for me, too," he said. "We didn't know that Mame would get the hearing aids. I didn't know he could ever hear me."
He asked Mame if the hearing aids made him happy and a huge smile filled Mame's face and he vigorously nodded. Aboubakrine smiled, too, "He's happy, and so am I."

The support for the 2019 World Games was diverse and powerful -- as heads of state, presidential committees, global influencers, royalty and sports stars showed their support through photographs, advocacy of inclusion, and representation through online and offline media.

Held under the patronage of His Highness Sheikh Mohamed bin Zayed Al Nahyan, Crown Prince of Abu Dhabi and Deputy Supreme Commander of the UAE Armed Forces, the Special Olympics World Games Abu Dhabi 2019 received extensive support from around the world. For example, Dr Ahmed Al Tayeb, the Grand Imam of Egypt's Al Azhar, met with Special Olympics torchbearers in Abu Dhabi. The President of Zimbabwe surprised his country’s delegation at the Games; the Prime Minister of Pakistan signaled his support by wearing a popular red wristband that represented the Games.

The 2019 World Games were also the most watched Special Olympics Games ever! The Games were broadcast on 60 stations to 183 countries, reaching 760 million households. The host broadcasting partner, Abu Dhabi TV, shared 454 hours of programming throughout the Middle East and North Africa.

Other highlights include CNN International journalist Becky Anderson dedicating two one-hour live programs to the Games. And Brandon Stanton, author and photographer for Humans of New York, reported on-site stories of athletes, volunteers, attendees and participants of the Games that generated over 3.2 million likes on Instagram.

The UAE government worked to create a defining legacy for the Games and for the Special Olympics movement in the UAE. These successes included:

LEARN ABOUT OUR SPORTS & COMPETITIONS