Beyond the record-breaking week-long World Games in Abu Dhabi, Special Olympics held nearly 115,000 sports competitions around the world in 2019, averaging 315 per day, 13 per hour.

These include more than 31,000 Unified Sports competitions –- a 19% jump in just one year! 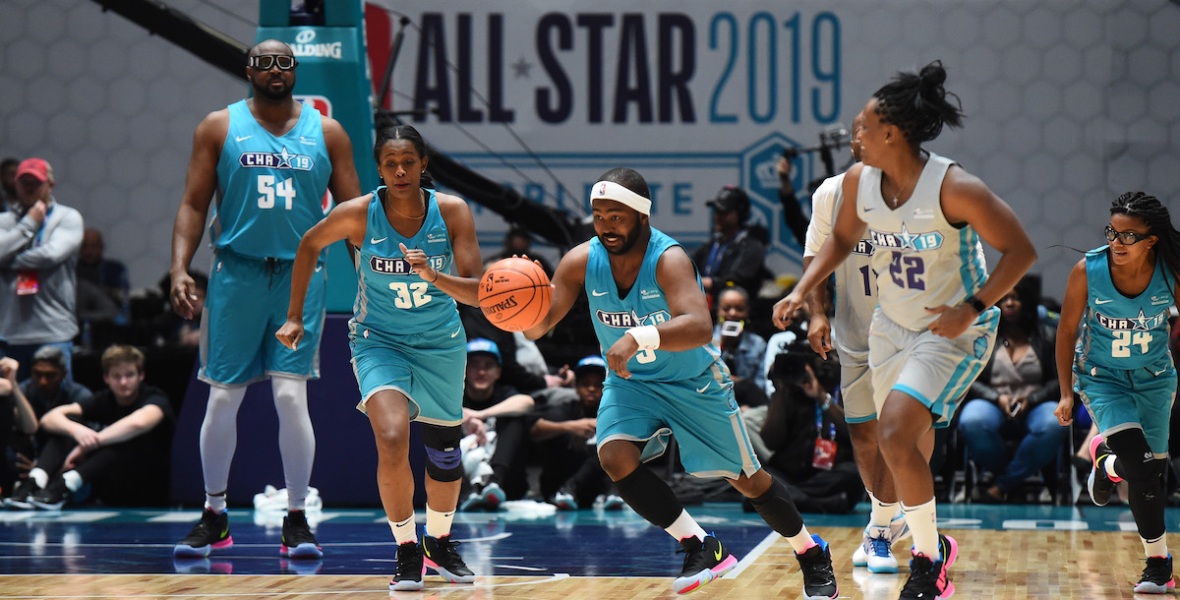 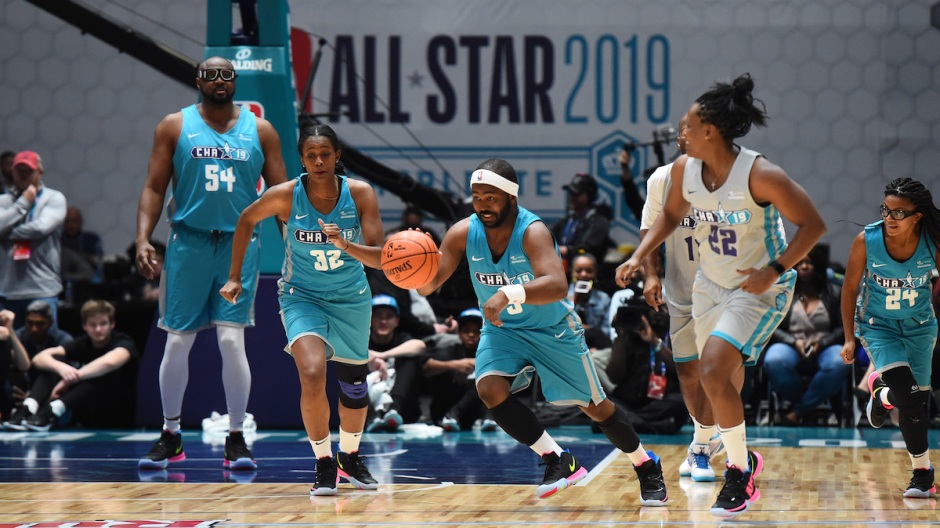 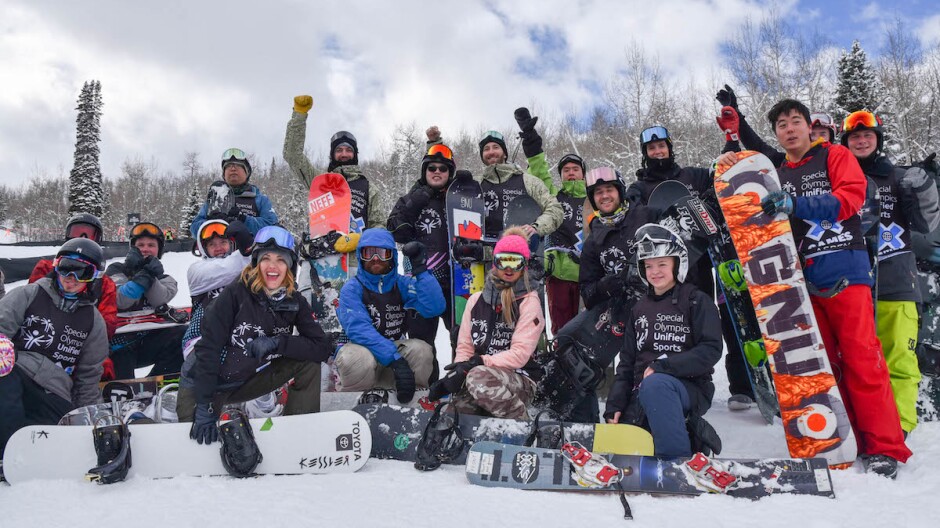 Special Olympics Unified Snowboarding returned for a fifth year at X Games Aspen. Teams are composed of one professional action sports athlete, including X Games and Olympic medalists, and one Special Olympics action sports athlete for a total of ten, two-person teams. Team members take one run on each of the two competition courses, with professional athletes racing against one another and Special Olympics athletes racing one another. It’s an amazing event, every single year! See more: https://www.specialolympics.org/stories/athletes/meece-and-klug-take-4th-gold-at-x-games-2019 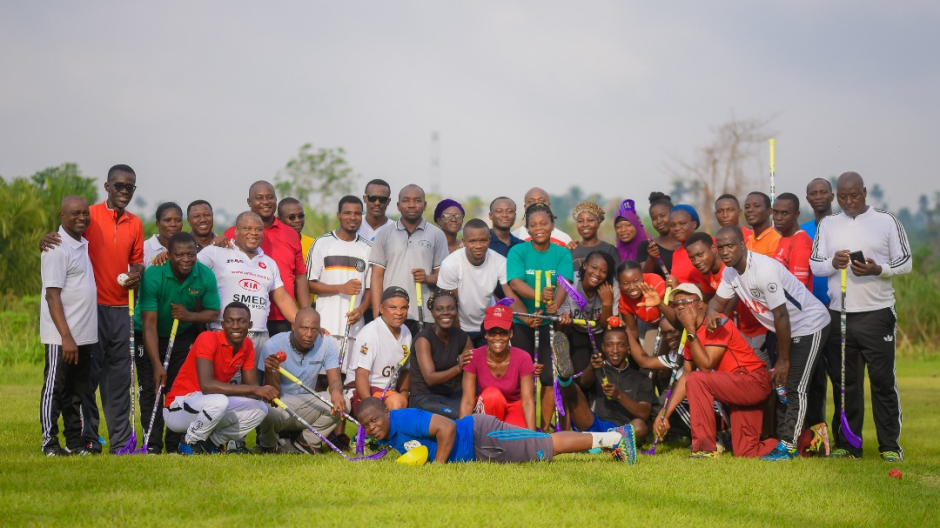 Coaches trained by the QualityRights Ghana program, above, take to the field to learn a new Special Olympics winter sport: floorball.Through trainings & e-learning, QualityRights Ghana is looking to transform the way people with intellectual disabilities are treated. In line with World Health Organization guidelines, this program is a major step towards achieving #InclusiveHealth in the country. The QualityRights initiative aims to improve the quality of care to promote the rights of people with psychosocial, intellectual and cognitive disabilities. 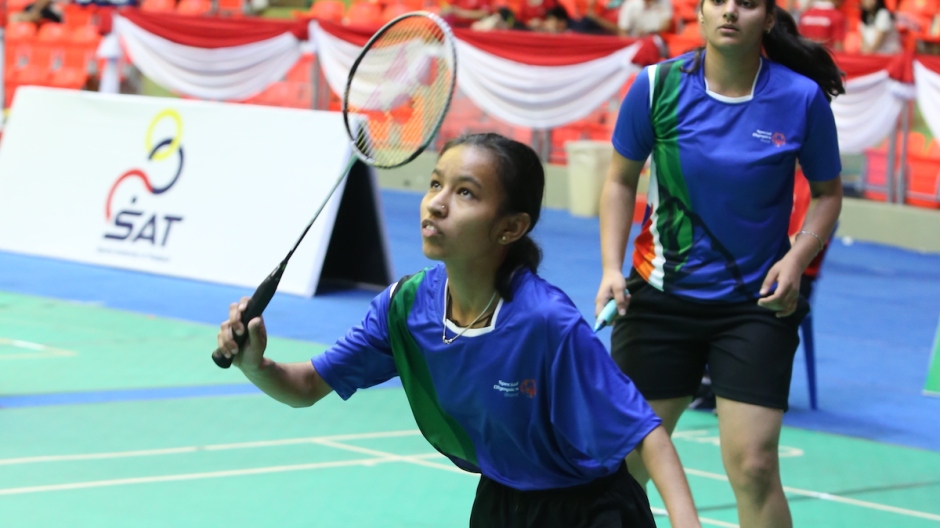 Through the power of football, 14 programs celebrated the inaugural Asian Football Week –engaging over 30 football community partners to jointly deliver 70 inclusive football events. More than 2,000 athletes with intellectual disabilities and 350 unified teammates took part. They were supported by 450 volunteers. 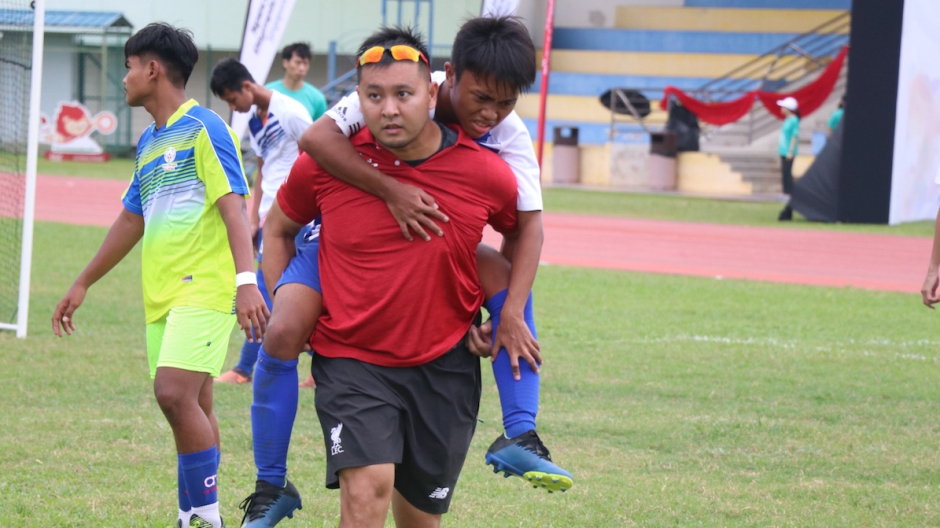 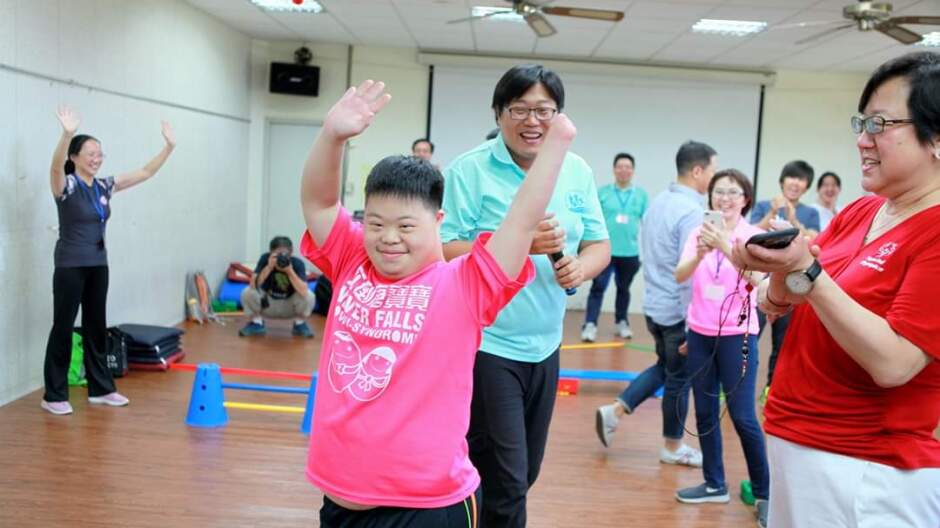 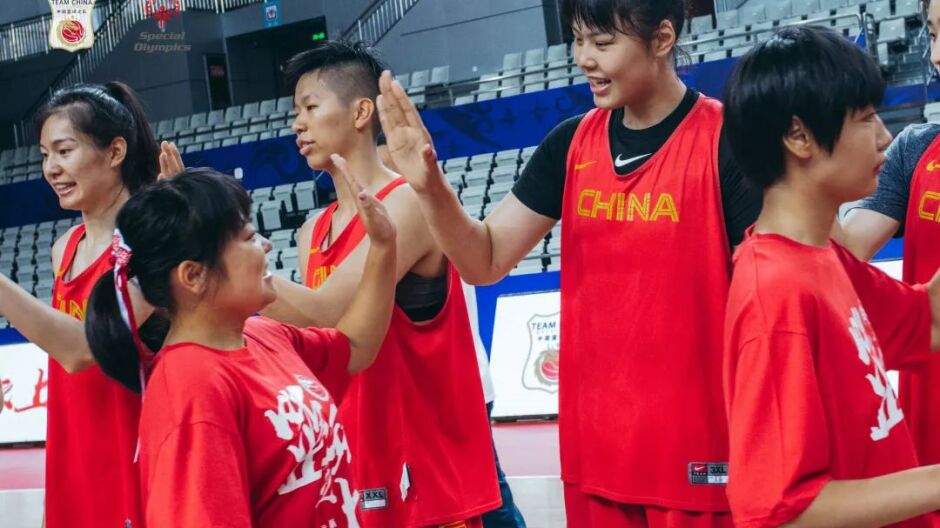 Special Olympics Unified Sports made some new fans ahead of the 2019 China International Women's Basketball China vs. Senegal Competition in July. Before the match, the China Women‘s team welcomed a group of Special Olympics athletes from the Xi’an Special School. They played unified, made new friends, high-fived and cheered for each other. 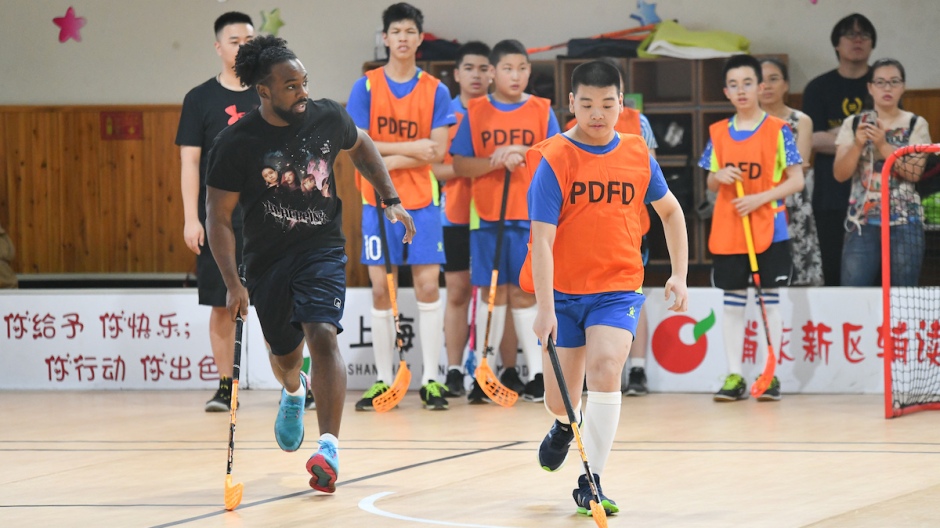 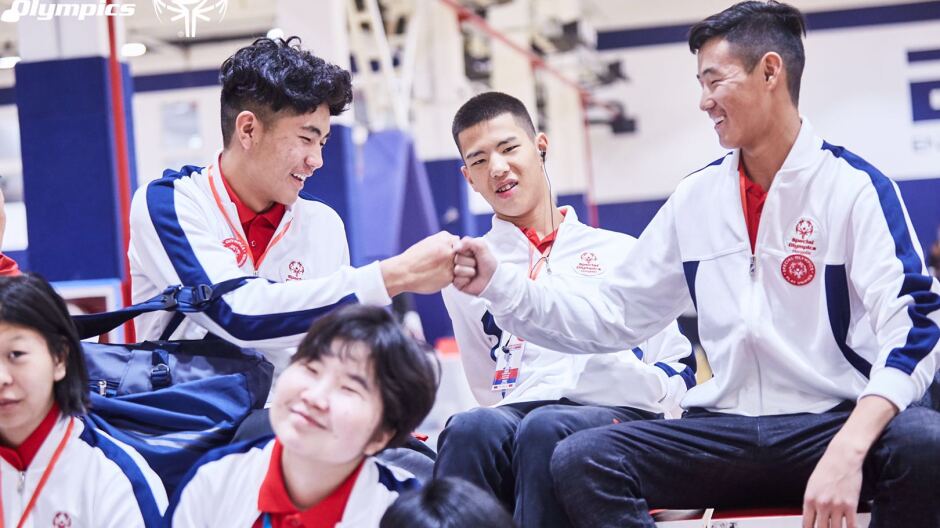 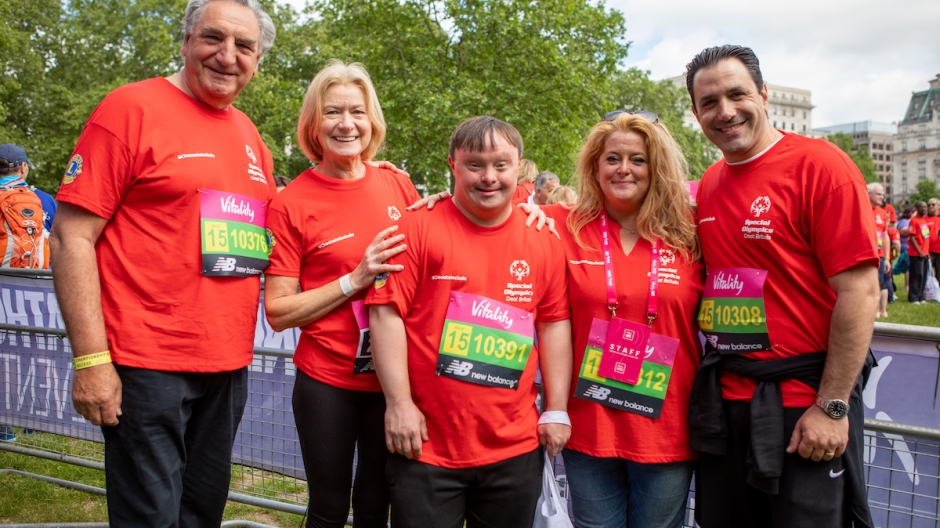 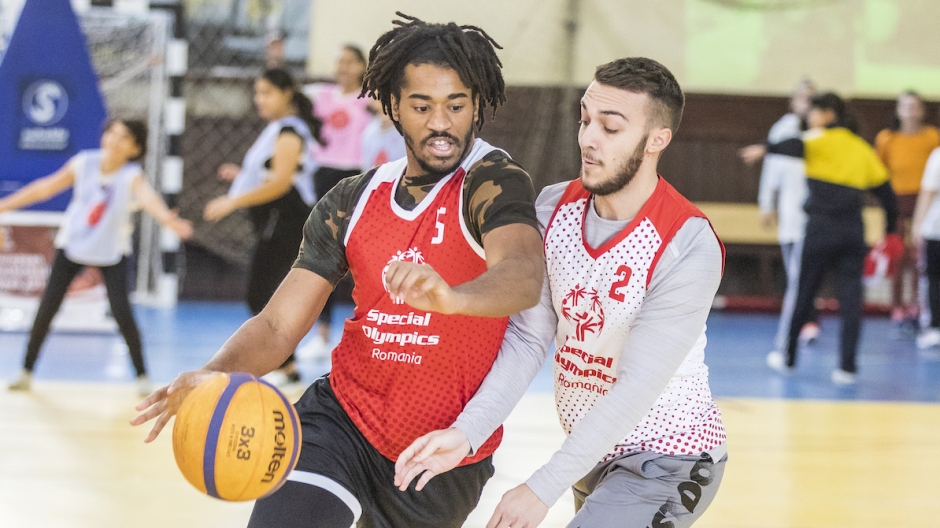 Alina Cojocaru
Unified athletes at European Basketball Week 2019 in Romania. From 23 November to 1 December, 19,000 athletes with and without intellectual disabilities participated in over 250 events across 37 European countries. 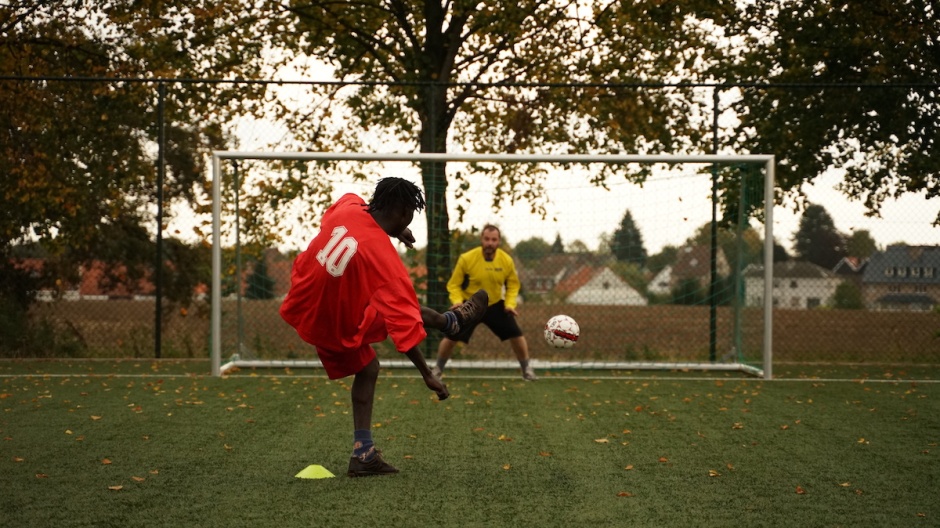 Special Olympics Unified Football Competition in Kraainem Football Club, Brussels in October. The tournament featured Special Olympics athletes from Belgium and refugees residing in the country playing together on the same teams! 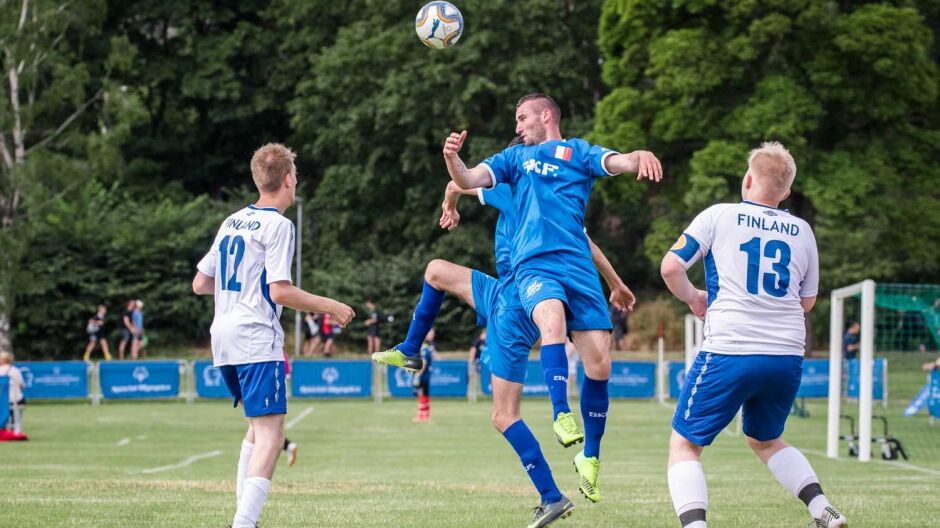 The France and Finland teams on the field of the Gothia Special Olympics Trophy, which took place in July in Gothenburg, Sweden. 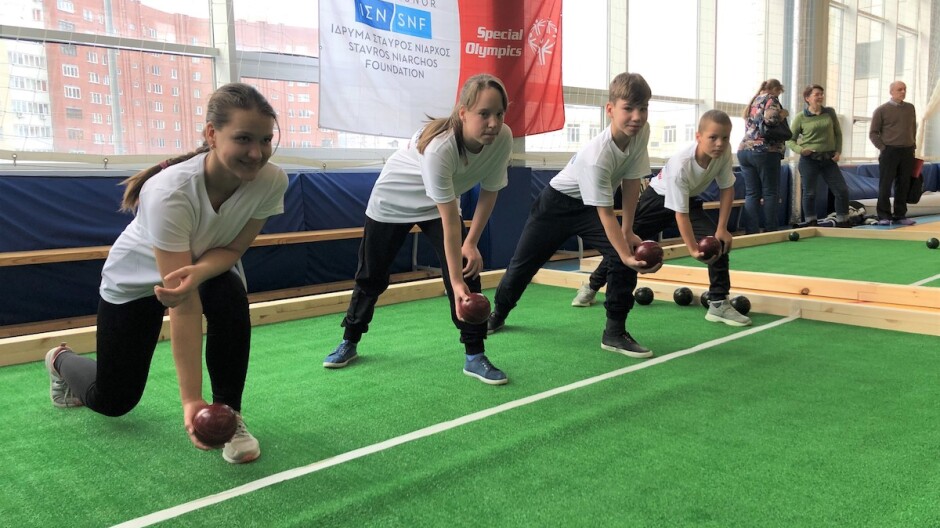 Players get ready for the Unified bocce tournament in Yekaterinburg, Russia. The event was part of the ‘Play Unified: Learn Unified’ project supported by the Stavros Niarchos Foundation. 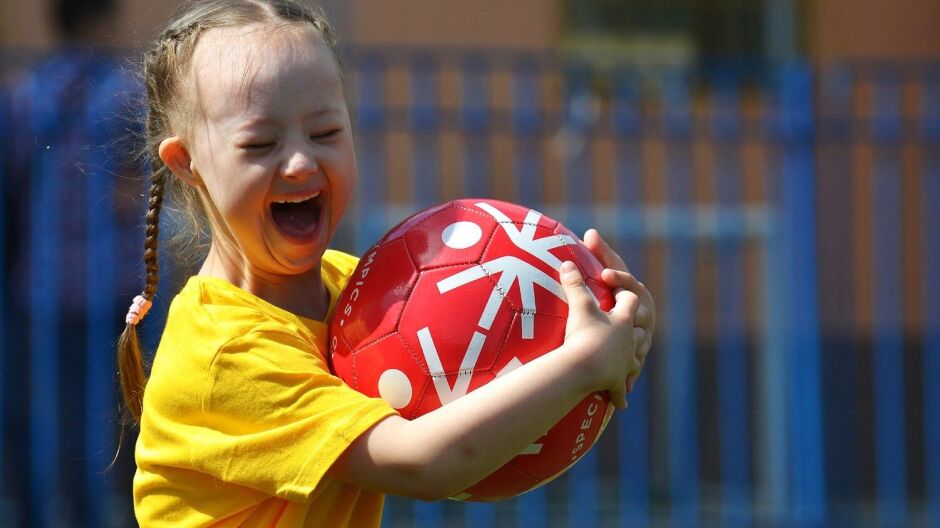 A Young Athlete having the time of her life at the annual Young Athletes Festival, which took place in Chisinau, Moldova in May. 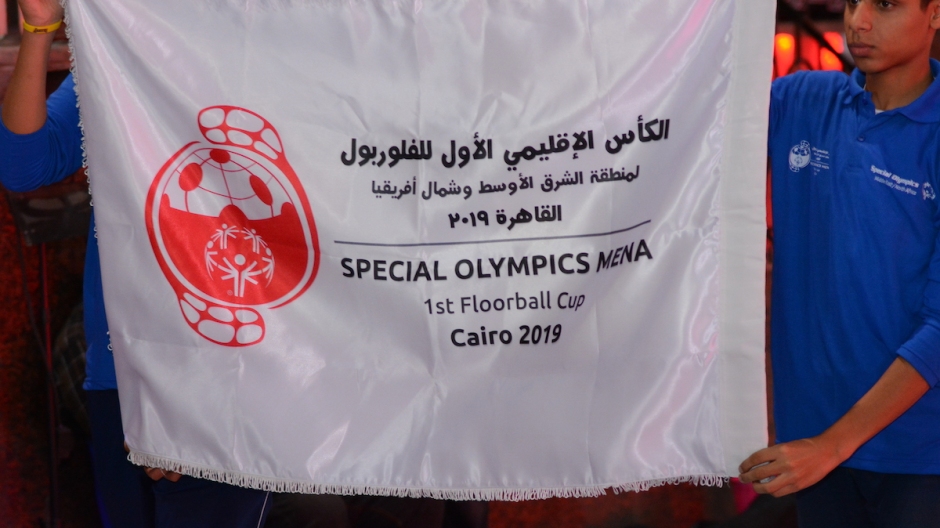 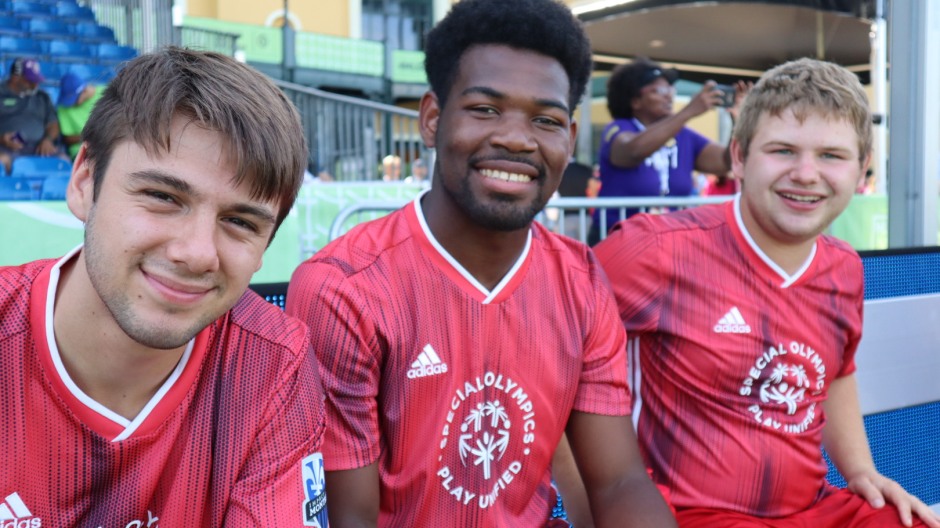 Even more exciting news: the 2022 Special Olympics USA Games will be held at Walt Disney World Resort in Orlando, Florida; this was announced as ‘The Most Magical Place on Earth’ is about to get a bit more star power!' The Games will happen at ESPN’s Wide World of Sports Complex. This year also saw the debut of the Games logo, which—for the first time in the Games’ history—was inspired and designed by nine artistic and talented Special Olympics athletes. The June 2022 Games will feature more than 4,000 athletes, 10,000 volunteers, 1,500 coaches, and 125,000 fans from all 50 states and the District of Columbia. Learn more: www.2022USAGames.org. 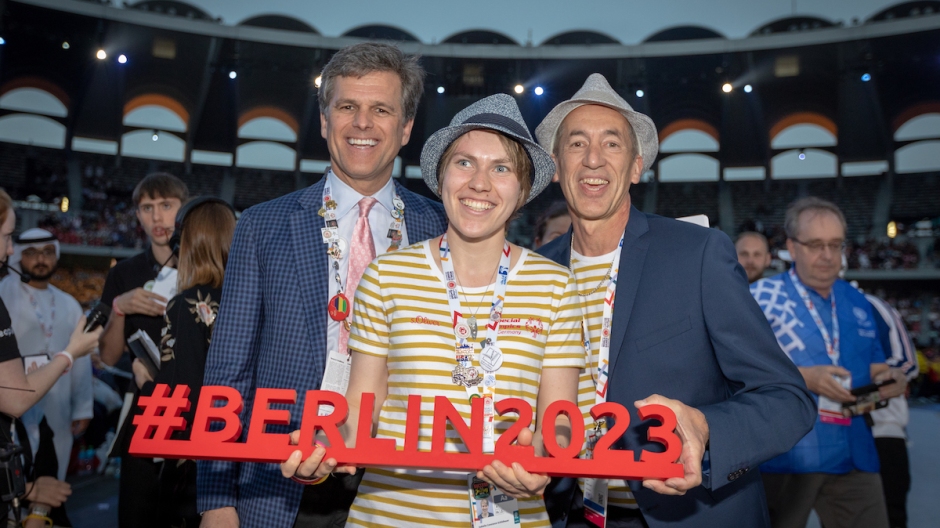 Claire Behan
Throughout the year, planning continued for the next World Games, the global summer sports competition set for Berlin, Germany in June 2023. Also this year, ESPN and Special Olympics extended their broadcast agreement to cover the 2023 World Games and beyond—into 2027! (NOTE: The next Special Olympics World Winter Games are set for January 2022 in Kazan, Russia.) 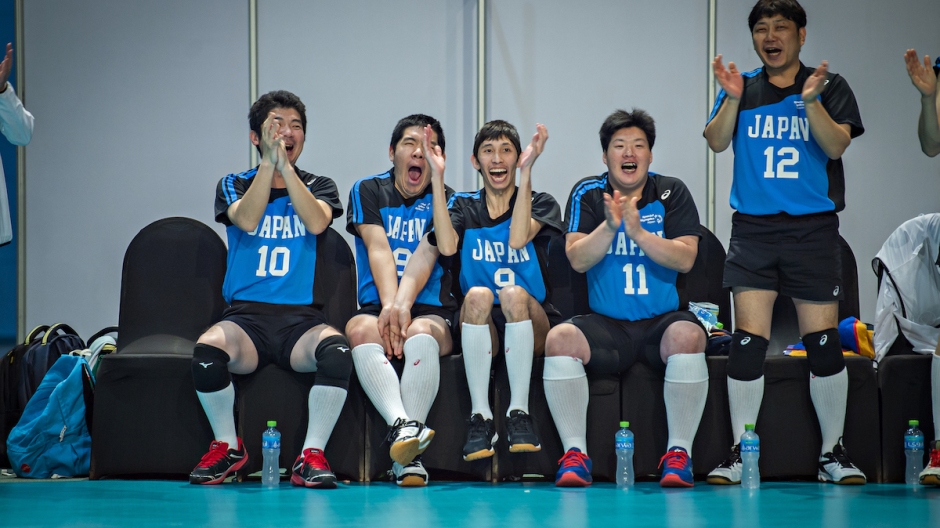 Everyone can see the excitement as athletes and fans cheer for their teams competing at the Special Olympics World Games Abu Dhabi 2019. SEE MORE ON THE 2019 WORLD GAMES HERE

Power of Unified: In 2019, Special Olympics Unified Sports hit a new milestone: nearly 1.9 million people – with and without intellectual disabilities –- playing together and learning from each other through inclusive sports, worldwide. This includes more than 909,000 athletes and 968,000 Unified partners.

As everyone knows, the power of youth magnifies the power of unified—today and into the future. Our Unified Youth now number 690,000 teammates, all between the ages of 8-25. The empowering example of inclusion is also making an impact on our youngest athletes: in 2019, the Young Athletes sports program – for children ages 2-7, with and without ID – grew by 32% around the globe.

Partnerships: Our sports work is supported by 747 global partnerships around the world, including the Asian Football Confederation and Major League Soccer (MLS), among many, many others. Our partnerships also help us expand our sports offerings -- as we did in 2019 by formally adopting DanceSport and Competitive Cheer as recognized Special Olympics sports. This growth happened thanks to partnerships with the World DanceSport Federation and the International Cheer Union.
In 2019, Special Olympics also announced a partnership with the International Basketball Foundation; the goal is to increase participation in basketball for youth at the local Program level through 3x3 and mini-basketball.

Innovative Sports for Everyone

Serendib
Special Olympics Serendib hosted its 2nd Special Olympics Asia Pacific Unified Beach Carnival at Negumbo Beach, where more than 120 athletes and Unified partners from across Sri Lanka and Bangladesh competed in beach cricket and beach netball. They were joined by families, caretakers, supporters, and key dignitaries such as the Mayor of Negumbo.

Even More Innovative Sports for All

With the support of the European Union Erasmus+, the Special Olympics 'Keep Up With the Girls' campaign took football pitches across Europe by storm! The goal: to get women and girls — with and without intellectual disabilities — involved in football (soccer).

This clarion call for inclusion was timed around the FIFA Women’s World Cup. The “Keep Up With the Girls” campaign promoted a ‘football for all’ message across 20 European countries. Thanks to wide media overage — plus support from luminaries like singer Nicole Scherzinger, supermodel and philanthropist Natalia Vodianova and legendary footballers Didier Drogba and Cafu — “Keep Up With the Girls” changed attitudes about the sports talents of Special Olympics athletes. The campaign also sent a powerful message encouraging women and girls to reach their full potential, regardless of their backgrounds or abilities.

... And for All Abilities

The Special Olympics Motor Activity Training Program (MATP) works with children and adults with intellectual disabilities who otherwise might not be engaged in sports, especially those with multiple disabilities. These adapted physical activities offer opportunities for success--and fun!!

Throughout 2019, MATP continued to grow across the global Special Olympics movement, with exciting accomplishments, including:

The Best Coaches in the World